How To Throw An Ultimate East African Safari

A Safari is undoubtedly a distinctive experience. Safaris are present in Asia, Australia, Europe and even Africa. The term “Safari” is derived from the Swahili word “Kusafiri”, meaning journey.

With that being said, it is only natural that the Safaris truest to their nature can be seen in Africa. A journey to the Eastern African countries is incomplete without a Safari, so let’s dive into the details of how to make the best of this once-in-a-lifetime experience. 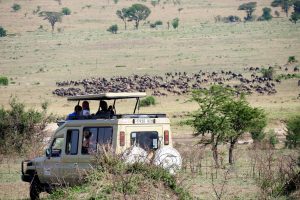 One of the major things taken into account while planning a Safari is the weather. This is because the animal behaviour may differ with varying seasons, the Safari experience changes a bit.

Most tourists prefer to visit East Africa in the months of June and October. This is after the long rains experienced in March to May. The weather is very favourable (cool) and ideal for game drives as the animals are easy to stop due to an adequate supply of food. One of the most gigantic wildlife spectacles in Eastern Africa, the Great Wildebeest Migration also takes place around this time. The humpback whale also visits the coastline around this period.

However, the woodlands and forest areas are still teeming with wildlife and birds all year long.

Learn the Culture and Customs

The locals are incredibly welcoming. Visitors cannot help but be fascinated by the ancient traditions and culture of the local tribes. The “land of the big cats” has several different tribes, including the Samburu and Maasai tribes in Kenya, the inhabitants of Rwanda, the ever-striving people of Tanzania, and the Ugandans.

The most exciting part of a Safari besides the wildlife, for many tourists, is associating with the local people. One of the dominant tribes in East Africa is the Hadzabe Bushmen. Many Safari tour agencies take their visitors to an off-the-beaten-track that leads to the Ngorongoro Crater to associate with the Hadza people. The Hadzabe Bushmen are ancient hunter-gatherers who have lots of stories to tell about their hunting techniques, food preparation, survival skills, and cultural norms. 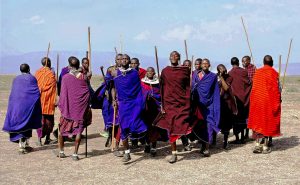 One of the most-preferred Safari game drives locations in the Masai Mara National Reserve which has possibly the largest density of cheetah, leopards, and lions. Other Safaris include Serengeti Game Reserve, Samburu National Reserve, Tsavo East National Park and the Nairobi National Park.

These Safaris are otherworldly in their ultimate closeness to nature and wildlife. The big cats, mighty rhinos and elephants, uncountable wildebeests, the gorillas and the exotic flamingoes-you name it, all are thriving in East African Safaris.

Since it is another continent you’re visiting, it’s certain that you’ll be having some food you haven’t tasted before. East African cuisines are quite different from the other parts of the world. Meat makes up a big part of the diet especially for big tribes like the Maasais for depending on their livestock for their livelihood. There are other vegetable meals prepared by different communities depending on the stable foods available. For example in Uganda plantain known locally as `matoke’ makes up most of their meals. Beans, maize, cassava, sweet potatoes are also commonly used to make different dishes. 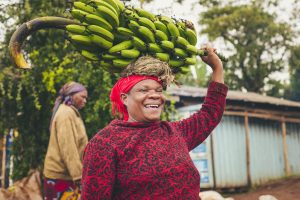 Most countries in East Africa are progressing and accept credit/debit cards for making local purchases. However, it is best to have the local currency with you. There are many forexes exchange stations at the airport ready to serve you. The currencies include Tanzanian Shilling, Kenyan Shilling, and the Rwandan franc for the respective countries. US Dollars are accepted too, but you should still keep some shillings with you to tip your guides and buy the trinkets and souvenirs.

Mobile banking is also becoming common in East Africa; this is made possible by the purchase of a local mobile phone sim card.  The sim card is also used to buy data bundles in case you need to find any information online while on transit or use google maps.

The lingua Franca of East Africa is Swahili. English is also understood by most, particularly in Kenya and Uganda. However, the Swahili speakers in Eastern Africa are about 50 million people making it the most commonly recognized language of the region. The people communicate with visitors politely and often encourage them to learn a few phrases of Swahili, such as “Hujambo”, meaning “greetings.”

Taking into consideration all the mentioned above, you know you’re in for a trip when you book for an East African Safari. So put your cameras down and genuinely indulge yourself in the once-in-a-lifetime tour.

May I just say what a comfort to discover somebody that really understands what they are talking about on the web. You definitely know how to bring an issue to light and make it important. More people have to read this and understand this side of the story. I cant believe you arent more popular since you certainly possess the gift.